Virus cuts public gatherings to two people - No more than two people will be allowed to meet in public or private and older Australians are being ...
Harry, Meghan security 'privately funded' - The Duke and Duchess of Sussex have no plans to ask the US government for help with security costs, ...
NT workers get $5m in wellbeing package - A further $5 million has been set aside by the Northern Territory government to provide workers with ...
Trump's early virus denial deadly: Pelosi - Speaker of the House Nancy Pelosi has accused US President Donald Trump of having denied the true ex ...
Latest snapshot of the coronavirus impact - LATEST NEWS ABOUT COVID-19:--NUMBERS* Australian deaths: 16 (eight in NSW, four in Vic, two in WA, t ...
Italy's virus death toll rises by 756 - Italy's coronavirus figures have pointed to a decreasing number of new infections, even as health of ... 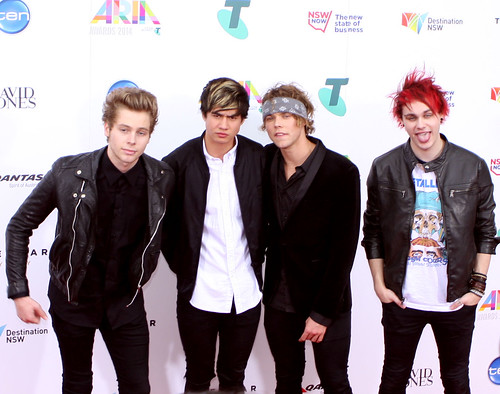 Australian band, 5 Seconds of Summer, have announced they're bringing their 'No Shame' arena tour to Australia.
The boys, who are based in L.A. these days, put on a great show last night for the Fire Fight Australia concert in Sydney and have said in the past that Australia will always be home. “When we come back here it’s more for the soul,” said Calum Hood.


Their 4th studio album, 'Calm' is due for release on March 27.
Tickets for the concert will go on sale from 1pm on Friday February 21 on LiveNation with a presale starting at midday on Wednesday February 19.

The full tour dates and locations are below: