Aust scientists consider Tequila biofuel - A fuel made from the main ingredient of Tequila could one day be used to power your car across the c ...
Wimbledon canned for 1st time since WWII - For the first time in its nearly century-and-a-half history, Wimbledon was cancelled for a reason ot ...
Latest snapshot of the coronavirus impact 02/04/2020 - LATEST NEWS ABOUT COVID-19:&#13; --&#13; NUMBERS&#13; * Confirmed cases in Australia: 48 ...
16 Y O Charged With Bodily harm, Cairns North - Cairns police have charged a 16-year-old Tablelands boy with one count of assault occasioning bodi ...
Work from homers saving big bucks - An estimated one in four Australians are working from home and while the coronavirus pandemic may be ...
Emissions decrease from virus travel bans - Domestic aviation emissions could halve because of coronavirus restrictions, new analysis shows.

Lady Gaga has a new bug named after her 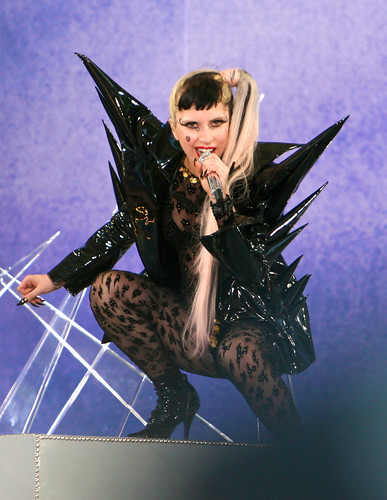 A new bug has been found in Nicaragua and because it has a distinctly flamboyant look to it, an entomologist named it, the Kaikaia gaga, after Lady Gaga.

The Kaikaia gaga bug has two horns and has deep red colour wings the size of her body. Brendan Morris, who discovered the bug said, “If there is going to be a Lady Gaga bug, it’s going to be a treehopper, because they’ve got these crazy horns, they have this wacky fashion sense about them,” Morris told the Illinois News Bureau. “They’re unlike anything you’ve ever seen before.”

Here's a better head shot of Mother Monster's bug, the horns are essentially her shoulders. pic.twitter.com/w6JqWLWtBE

Fans of the TV show, American Horror Story have also compared the bug to Gaga's character, Scáthach, which appeared in Season 6 of the series.

A new treehopper species was named "Kaikaia gaga" after @ladygaga: "If there is going to be a Lady Gaga bug, it's going to be a treehopper, because they've got these crazy horns, they have this wacky fashion sense."

the resemblance is uncanny! pic.twitter.com/x87KMvB35X

I wonder if she's ok to be named after a bug!!

By the way, it’s not uncommon that new discoveries are named after bands and musicians, as earlier this year a deep-sea crustacean was discovered and named after the heavy metal band Metallica under the name “Macrostylis Metallicola”