Another brand name under attack 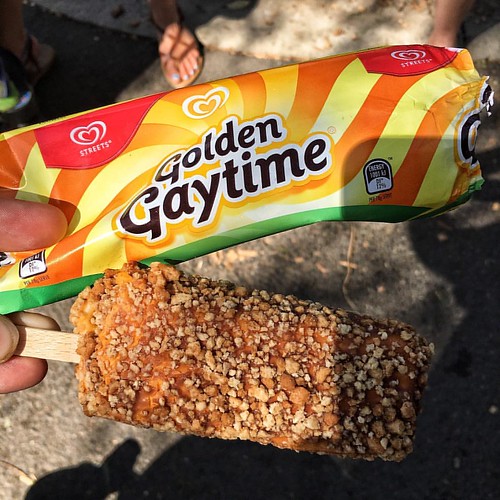 A Melbourne man, known as Brian Mc, is petitioning to have "Golden Gaytime" re-named with concerns that the name is ‘offensive’ and ‘outdated’ to Australia’s LGBTQ+ community.

In the petition, Brian states “Gay’s meaning primarily is related to sexuality. As a Gay man I have needed to fight to be myself, overcoming many things in my life, I am a proud Gay man.”

“As a part of the LGBTQIA+ community, I believe my sexual identity is owned by me, not a brand and that the outdated meaning no longer applies. Isn’t it time for this double entendre to end?”

When I was a child I was always given the choice between a Splice and a Golden Gaytime. I would always choose the GG while my brother had the Splice. Now I am gay and he is not. I guess I was indoctrinated. Well played Streets, you made me gay. Dangerous times. pic.twitter.com/KPmdxlFgo6

Is the number up for Golden Gaytimes too?

FYI In New Zealand, it's known as "Cookie Crumble".