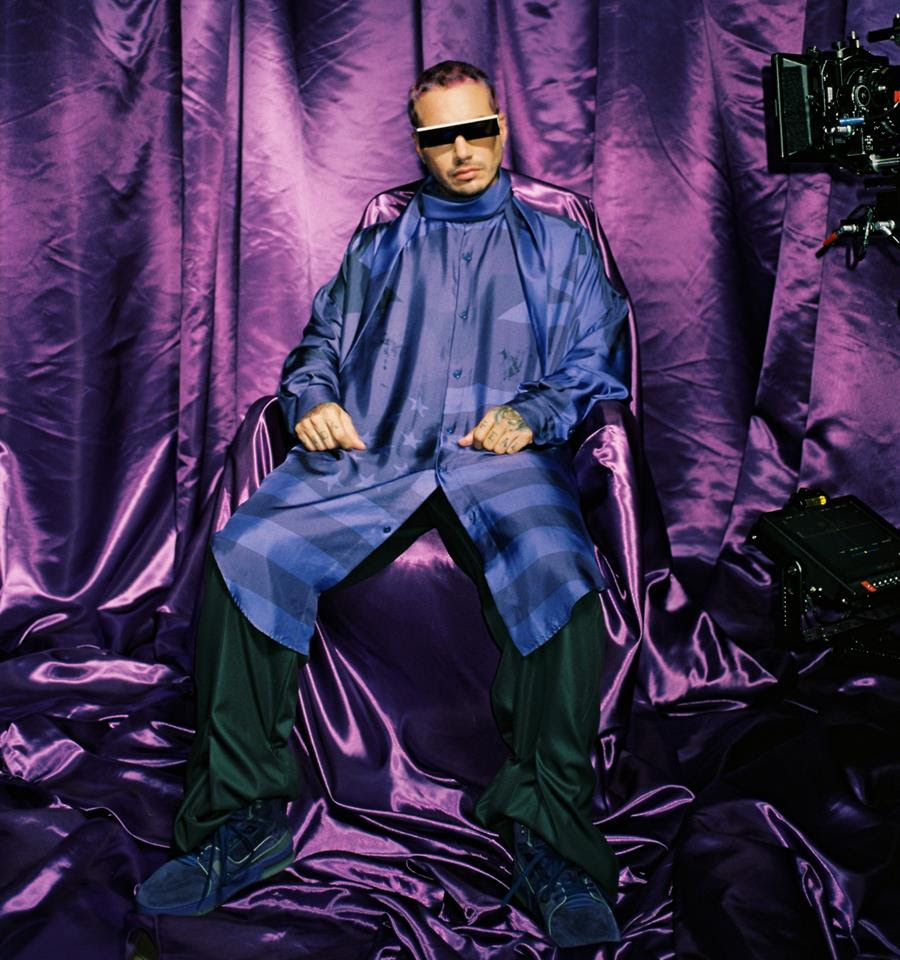 Following the worldwide success and ‘eye-popping’ critical praise of his yearlong Arcoiris (‘Rainbow’) Tour, J Balvin recently shared that he has now been envisioning his new music through the lens of distinctive individual colors. With today’s release of his new single and video for “Morado” (“Purple”), the Colombian superstar shares a second sonic color from his palette in this series that began with last fall’s ‘head-spinning and hypnotic’ “Blanco.” Once again working with favorite and frequent creative collaborators such as SKY (song producer and co-writer), video director Collin Tilley, and Takashi Murakami (artwork), J Balvin continues to develop his globally embraced distinctive style of Reggaeton – this time with an upbeat intimate party invitation in color appropriate regal surroundings.

“J Balvin Is At The Top Of His Game - Just Look At The Latin Songs Chart.

…J Balvin’s biggest competition on Billboard’s Hot Latin Songs might be J Balvin …the chart underlines just how many smashes one man can claim at a time… there are plenty of reasons to suggest he is, in fact, the most successful and in-demand musician at the moment.”- Forbes