You get an interactive experience that is like nothing you’ve played with before.

I’ve got a couple of kids under 2 so while one is sleeping and the other is playing Duplo on the other side of the room I’m unboxing the new “Adventures with Mario Starter Course”, the first in the new collaboration from LEGO and Nintendo.

I feel like we’ve been talking about this LEGO® Super Mario™ for months, so to be one of the first in Australia to get my hands on it was a real privilege.

After all, I’m a LEGO guy, I’ve played with it my whole life. I’m not an expert, but I just love it and my hope is that my two little girls will love it too. 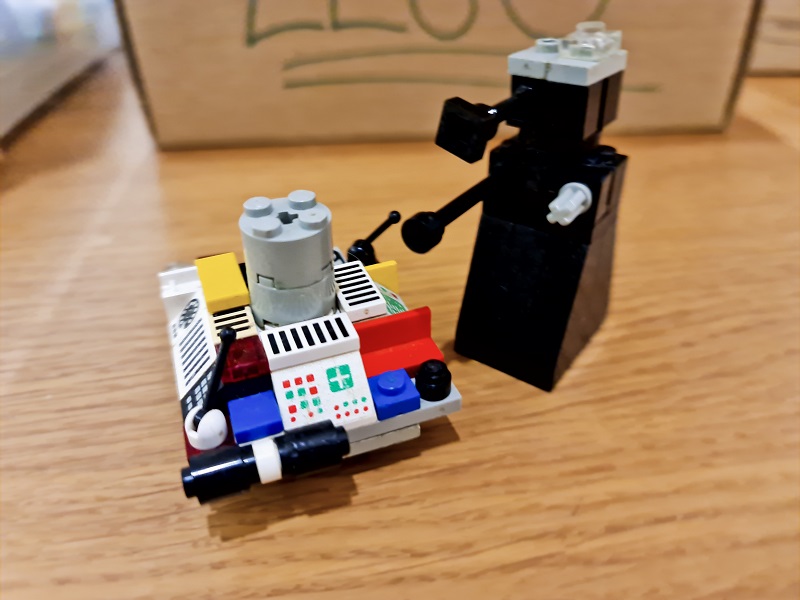 When I was a kid I was really into Doctor Who, and they didn’t really make toys for that show, or they were hard to get in Australia (not like the stuff for the modern series). Anyway, I used to play Doctor Who with my LEGO, creating the TARDIS and characters from the show, even a few Daleks. That’s what LEGO is to me, a way to let your childlike imagination run wild.

We’ve seen it replicated so brilliantly recently in the channel 9 TV series Hosted by  Hamish Blake and BrickMan, “LEGO MASTERS AUSTRALIA”. What a brilliant show! If you haven’t seen it then go play catchup on the app as soon as you finish reading this. But first, let me tell you about the thing I've been obsessing over.

Even the box is unique, stepping away from standard dimensions to make raised angles. It sets the tone straight away that you are dealing with something different. 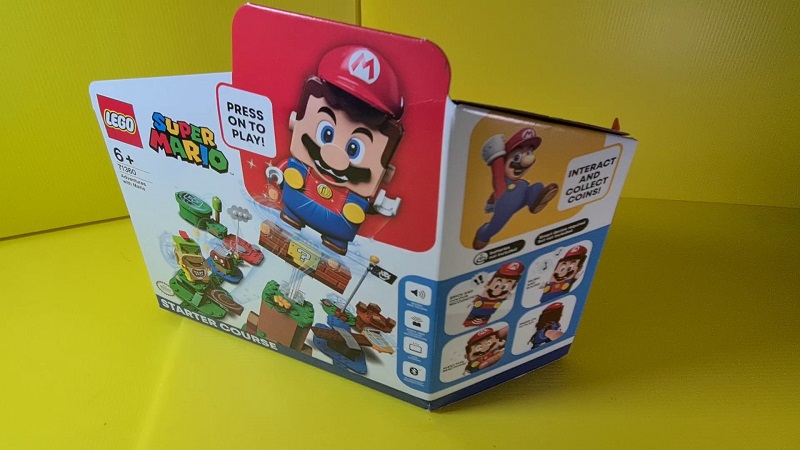 In the starter kit, you get a glorious 231 pieces of LEGO that form to make an interactive Super Mario course. The most surprising thing was that these are not simply LEGO mini-figures of Mario, Goomba and Bowser Jnr, it would have been so easy for the two companies to just release the characters like that in a set to sell, like the recent Ghostbusters, Friends or Seinfeld sets, but instead, they decided to make something truly original. The Mario figure is an amazing piece of tech that is quite large for a lego man and the latter two are built with a combination of standard LEGO brick pieces with some unique pieces to create the shapes.

The platforms and obstacles are also to my knowledge made up of unique and standard bricks. There’s also a couple of colours I haven’t seen in LEGO before as well, but I must admit I had a massive gap getting any new LEGO from when I was a kid to just last year when my wife got me an Avengers set.

The idea is to build the starter kit according to the instructions to work out what it all does and then go off and create your own levels which can be shared with the online community. This is all married together by a really userfriendly app. It’s using the app that you also link your Mario via Bluetooth to keep your scores when playing.

The app is also the home of the building instructions, it’s so much easier than the old days when you lose the instructions or spill a drink on them or something. Now the only instructions in the box were how to make Mario and link to the app. I recently mentioned in another article that a headphone company included a giant manual with a set of earbuds, why didn’t they just put it online. LEGO has done exactly that and it’s a brilliant move, especially with the ability to share your ideas as well. (as a side note, they have another app that has ALL of the LEGO instructions in it. So if you have some old sets you want to rebuild this is your lifesaver). 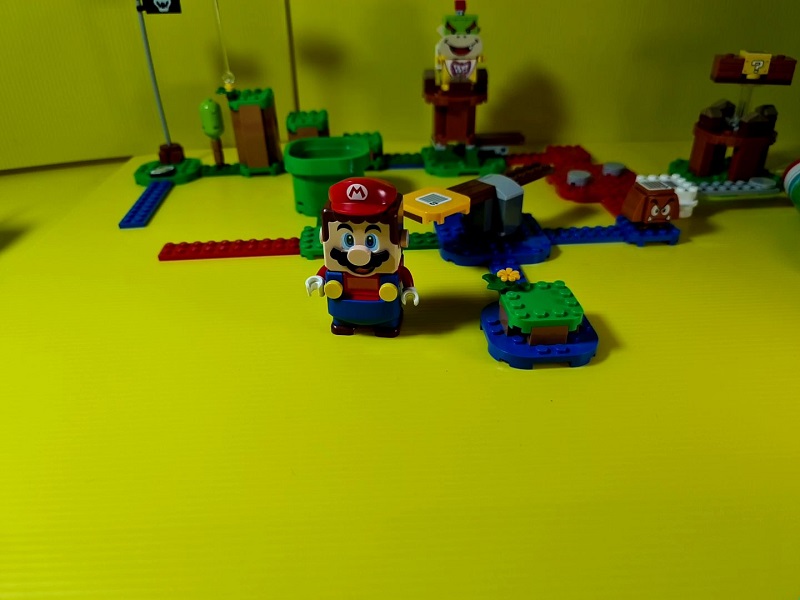 When you begin to play you’ll discover that LEGO® Mario™ has powerful colour sensors that use the multiple LCD screens in his eyes, mouth and belly to display over 100 different instant reactions to movement. His little speaker puts out some big sound for a little toy as well as playing iconic sounds, music and classic voiceovers from the video game series.

As you make Mario run along, he’ll pick up virtual coins that will display on his chest, there are also barcoded bricks that he’ll interact with in different ways, some are on the enemy characters others on clouds or spinning platforms with one acting as the starting point hiding in warp pipe and another at the end that sits under the iconic flagpole.

This LEGO set is everything we want it to be, fun to assemble and perfect to allow young minds to play with endless freedom to create. The Mario figure is a surprising technical achievement that really can’t be understated, the ability to update it via the app will mean that it will continue to grow it’s bag of tricks as more expansions are released.

If you are a fan of the Mario series then I’d suggest grabbing these while you can as we get closer to Christmas Toy shops are going to have trouble keeping these on the shelves. I’m tipping it as a hot toy of 2020. Right, enough typing I’ve gotta get back to playing LEGO… oh did I mention that I’ve got an expansion as well? Check back in a week or so to see which one.