At 10 killed in Brazil bus plunge - A bus has careened off an overpass in the Brazilian state of Minas Gerais, killing at least 10 peopl ...
WikiLeaks founder's fate hangs in balance - The father of WikiLeaks founder Julian Assange retains hope that the incoming Biden administration w ...
“Iso” turtle returns to the Great Barrier Reef - With the borders reopening, a tiny flatback turtle has left quarantine in a southern state and ret ...
Qld waiting on virus test results in NSW - The Queensland government is unlikely to close the border to NSW but is waiting to learn whether or ...
Fishers missing off Kangaroo Island found - Two men missing in waters off Kangaroo Island have been found.The pair had left Cape Jervis, south o ...
Victoria's mask rules set to ease further - Mask rules will soon be relaxed in Victoria after the state recorded 35 days straight without any ne ... 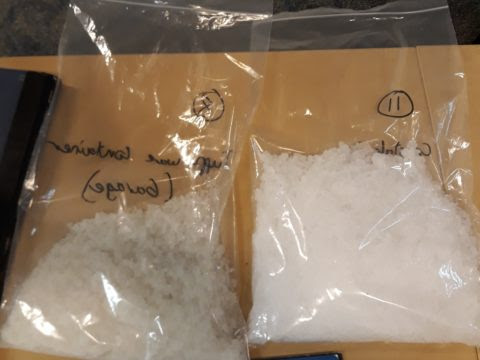 Police have charged a man after locating ice and cash at a Smithfield address yesterday.

Around 12.15pm, police searched a Sidlaw Street property and located drugs, drug utensils and cash before intercepting a man in a vehicle on the Captain Cook Highway at Kewarra Beach a short time later.

More than 220 grams of drugs, including methamphetamines and prescription medication, and $10,750 in cash were located at the address and in the vehicle.

He is due to appear in Cairns Magistrates Court today.