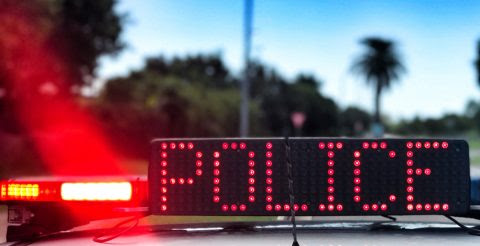 Two teenagers have been charged over an alleged break in at Bentley Park.

Police say the pair broke into a business on McLaughlin Road on Thursday night and threatened a male employee with scissors, before punching the 23-year-old in the face.

Inspector Brad Winks says the two 17-year-old's then made off with cash, and the company car.

"The offenders ran from the vehicle and a short while later the Police Dog Squad was called," he says.

"Again through excellent work, they tracked one of the offenders to a nearby creek bed where he was apprehended, and early the next morning police took into custody the second male."

The pair have both been charged with robbery in company with violence, unlawful use of a motor vehicle, enter premises and commit indictable offence, while one teen was also charged with deprivation of liberty.

Both are due to appear in the Cairns Children's Court.