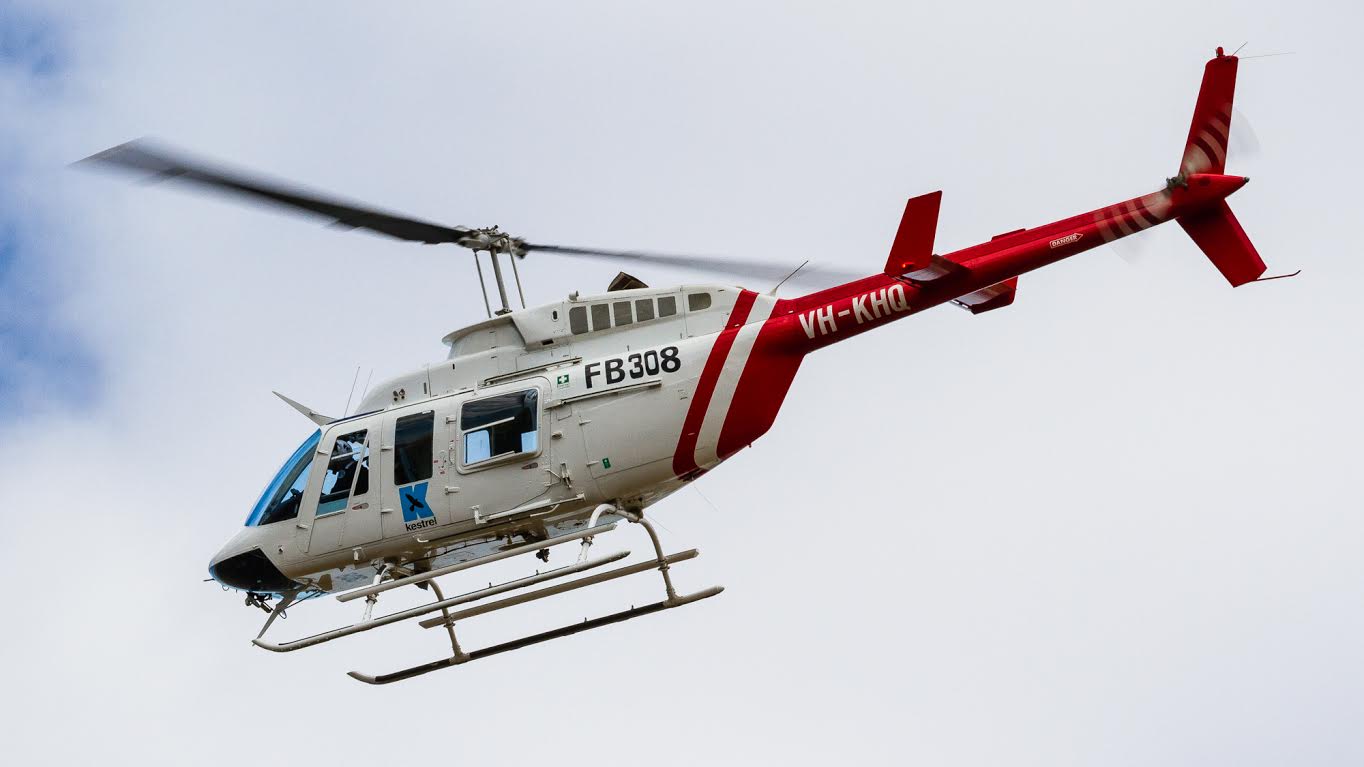 Fears a controversial plan for a helipad will disrupt the quiet lifestyle in Mission Beach are growing, but developers promise it will help tourism take off without becoming "Sea World".

More than 650 people have signed a petition against the proposal, and a second community meeting is being held today just days after another one was attended by 200 people.

Victorian company, Kestrel Aviation, is asking Cassowary Coast council to approve an application to build a base and corporate lounge, between Mission Beach and Wongaling Beach.

The plan is to launch a helicopter service to fly in tourists, taking them onto other luxurious resorts and islands in the state's far north.

Managing Director Ray Cronin says the site is ideal because it allows for aircraft to fly in and out without going over homes, keeping "clear of urban areas".

The service could also help with maritime emergencies if needed, Mr Cronin says.

However, there is widespread public worry about environmental and noise impacts, and not using land to grow the agriculture industry.

Community for Coastal and Cassowary Conservation President Peter Rowles says the helipad detracts from the "economic, environment and social values from Mission Beach".

"When we look at the application there is a lot of information missing," Mr Rowles says.

"They are very noisy, they produce a lot of downdraft [wind].

"We have reports of people currently hear helicopters very easily from 1.5km away. Many of these residents live 400 to 800metres away from where this proposal is intended, so they will get a lot of noise."

But according to Kestral Aviation, the site was chosen based on an assessment of the noise footprint, which proved there would be little impact on residents.

Mr Cronin is promising the helicopters - which are "fast, smart and modern" - will be off the coast in less than three minutes.

"Its not going to be a joy ride operation, it's not a Seaworld, we are not going to be going in and out every five minutes, there will be big gaps between movements the footprint will be very small." 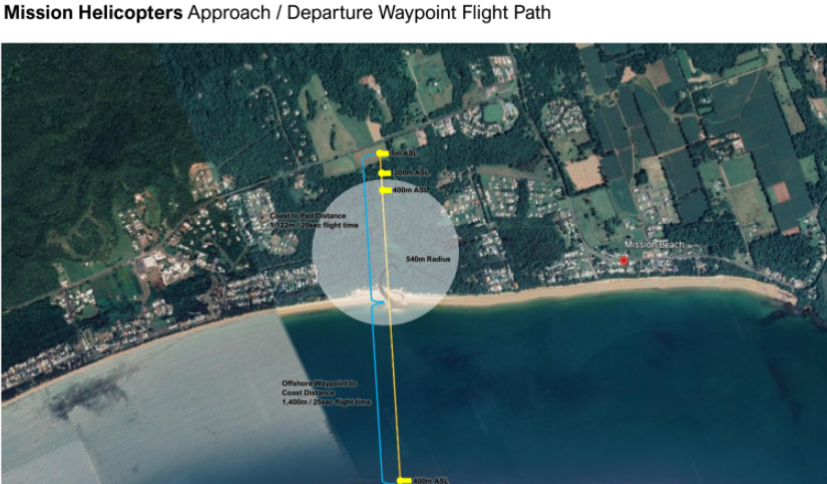 [Proposed flight path for the helicopters]

"There has been further developments with the application since then, so it's a chance for the community to keep up to date," says Mr Rowles.

The proposal is set to be tabled at the next council meeting in Tully, on January 21.