Direct flights between Auckland and Cairns take off 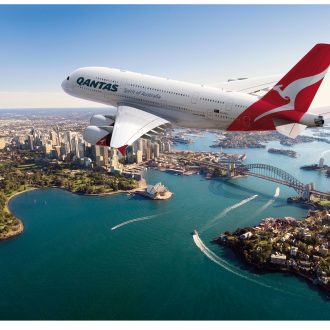 From April 19, New Zealanders can travel to Australia without having to stay in hotel quarantine.

Australians will also be allowed to travel across the ditch quarantine-free, and an exemption to leave Australia is not required for those travelling to New Zealand.

Qantas and Air New Zealand are offering flights between Auckland and Cairns.

Flights will initially operate for eight weeks until late July, and Qantas will look to add more flights beyond this period if there is demand.

Tourism Tropical North Queensland CEO Mark Olsen says about half of all New Zealand outbound travel came to Australia, with Cairns and the Great Barrier Reef receiving less than three per cent of that.

About 30,000 visitors from New Zealand visit the Far North every year, with the majority coming to see friends and relatives.

Australian Bureau of Statistics data shows about 1 in 30 Cairns residents are from New Zealand.

"With direct flights into Cairns, we could see that number almost double to 50,000 arrivals from New Zealand with so few other destinations for New Zealanders to choose from," Mr Olsen says.

He says that equates to a $1million boost into the local economy every week.

"We know the destination will be high on their list."